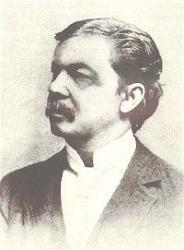 James R. Murray was widely known in the musical world as the author of many songs and song books, and in the New Church in Chicago and Cincinnati as an affectionate, intelligent, and loyal New Churchman.

He was born in Andover (Ballard Vale), Mass., March 17, 1841. In early life he developed musical talent, and composed many minor pieces for local and special occasions. Later at North Reading, Mass., he attended Dr. George F. Root's School of Music, and was associated with William Bradbury and Dr. Lowell Mason. He enlisted in the Fourteenth Regiment of infantry, commonly known as the Essex County Regiment, and afterwards was changed to the First Regiment, Massachusetts Heavy Artillery, which was engaged in most of the battles fought by the Second Army Corps up to the surrender of General Lee.

"Daisy Deane," the first and most popular of his early song successes, was composed in 1863 in Virginia while in camp, words by his cousin, Thomas F. Winthrop. This song is known all over the world, and the Salvation Army is using an arrangement of it for one of their war cry songs.

In 1868 Mr. Murray married Isabella Maria Taylor of Andover; and they removed to Chicago. Here three children were born to them, two passing early to their heavenly home, the youngest, Winthrop Root Murray, is still living. It was during these first years in Chicago that Mr. and Mrs. Murray became interested in the New Church, while he was engaged with Root and Cady as editor of the Long Visitor, afterwards merged with the Musical Visitor. After the great fire of 1871 Mr. and Mrs. Murray returned East, where he was engaged in teaching in Lawrence and Andover, and as organist at the Old South Church in Andover. In 1881 they removed to Cincinnati and Mr. Murray became the editor of the Musical Viistor [sic] and head of the publication department of the John Church Company. Among the most popular of his books are "Pure Diamonds," "Royal Gems," "The Prize" and "Murray's Sacred Songs." The following titles will recall some of his best loved sacred songs: "At Last," "Calm on the Listening Ear of Night," "I Shall Be Satisfied," "There Shall No Evil Befall Thee," "Thine, O Lord, Is the Greatness," "The Way Was Mine," "How Beautiful Upon the Mountains," "Angels from the Realms of Glory."

His last great labor in the publishing department of the John Church Company was the seeing through the press five volumes of Wagner's music dramas, with full score and original German text, and an English translation. The immense and careful labor involved in the preparation of these volumes, with a really smooth and excellent English translation, had perhaps, as it was done under pressure, something to do with Mr. Murray's breakdown. Although for some reason Mr. Murray's name does not appear on the title page of these volumes, his friends knew of the place the work held in his affections and ambition.

Mr. Murray was a member of the Church Council of the Cincinnati Society for the last four years and took a deep interest in the building of the New Church, and in the inauguration of services, with all the changes looking to the improvement of the musical part of the service. The vested choir, organized by Mr. and Mrs. Lawson, which Mr. Murray as councilman had urged from the beginning, in their entrance to the church each Sunday singing the processional hymn participated in the funeral service, with a congregation of brethren and friends, all moved by deep love and profound respect for the consistent life and faith of a worthy Churchman and beloved friend.

For a discussion of Murray and the tune MUELLER, see: Stulken, M.K. (1981). Hymnal companion to the Lutheran Book of Worship. Philadelphia : Fortress Press, p.170.

Also available in the DNAH Archives:
1. An excerpt from Christie, George A. (1927). New Free Church. In Music in Andover. Papers read at "Fagot Party" of the Andover Natural History Society.