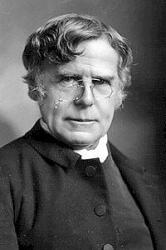 William Boyd Carpenter was the second son of the Rev. Henry Carpenter of Liverpool, perpetual curate of St Michael's Church, Aigburth, who married (marriage license 1837 in Derry) Hester Boyd of Derry, sister of Archibald Boyd, Dean of Exeter. Her father was Archibald Boyd (born about 1764 of Saint Leonards, Shoreditch, London, England), who married Sarah Bodden there on 13 July 1789. Their eldest son was Archibald Boyd.

Carpenter was educated at the Royal Institution, Liverpool, and St Catharine's College, Cambridge, and was appointed Hulsean lecturer at Cambridge in 1878. He held several curacies, was vicar of Christ Church, Lancaster Gate, from 1879 to 1884, canon of Windsor in 1882–84, and after 1884 Bishop of Ripon. In 1887 he was appointed Bampton lecturer at Oxford, and in 1895 pastoral lecturer on theology at Cambridge. In June 1901, he received an honorary doctorate of Divinity from the University of Glasgow.

In 1904 and 1913 he visited the United States and delivered the Noble lectures at Harvard. He was chaplain in ordinary to Queen Victoria, Edward VII, and George V. He resigned his see in 1911 on the grounds of ill-health and became a canon and sub-dean of Westminster. He was interested in eugenic issues and served as President of the Society for Psychical Research in 1912.

His publications include:
Commentary on Revelation (1879)
Permanent Elements of Religion (Bampton lectures, 1889)
Popular History of the Church of England (1900)
Witness to the Influence of Christ (1905)
Some Pages of my Life (1911)
Life's Tangled Thread (1912)
The Apology of Experience (1913)