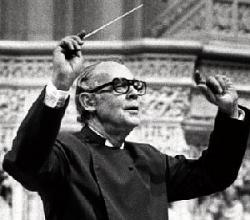 Christ Is Made the Sure Foundation

Richard Wayne Dirksen (b. Freeport, IL, 1921) composed CHRIST CHURCH: SYDNOR in 1973. Rev. William Sydnor, then rector of Christ Episcopal Church in Alexandria, Virginia, asked Dirksen to compose something for the church's 200th anniversary in the winter of 1974. Dirksen composed an anthem, some chant settings, and the hymn tune CHRIST CHURCH: SYDNOR for the anniversary service, and he arranged all of the music for orchestra and organ accompaniment. CHRIST CHURCH: SYDNOR is a strong tune featuring melodic repetitions in lines 1 and 2 and again in lines 3 and 4. Singing in unison or in parts, performers should feel the half-note beat and should distinguish clearly between the equal quarter-note patterns and the dotted ones. Use full-bodied organ registration, but save a special mixture or reed for the final stanza. Other instruments will add much to the jubilant singing of this psalm on festive days. HYFRYDOL (568) is a suggested alternate tune.

Dirksen received his musical training at the Peabody Conservatory, Baltimore, Maryland. Holding the positions of precentor, organist, and choirmaster, he served at the Protestant Episcopal Cathedral (National Cathedral) in Washington, D.C., for more than four decades (1942-1991). Dirksen also directed the Cathedral Choral Society and the glee clubs of the St. Alban and the National Cathedral Schools. He has composed many anthems, an oratorio, and five operettas.