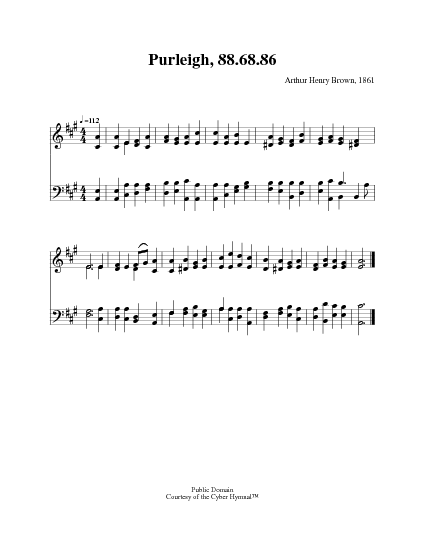 O Love divine, how sweet thou art! When shall I find my willing heart

1 O love divine, how sweet thou art!
When shall I find my longing heart
all taken up by thee?
I thirst, I faint, I die to prove
the greatness of redeeming love,
the love of Christ to me.

2 Stronger his love than death or hell;
its riches are unsearchable:
the first-born sons of light
desire in vain its depth to see;
they cannot reach the mystery,
the length and breadth and height.

3 God only knows the love of God;
O that it now were shed abroad
in this poor stony heart!
For love I sigh, for love I pine;
this only portion, Lord, be mine,
be mine this better part.

4 For ever would I take my seat
with Mary at the Master's feet:
be this my happy choice;
my only care, delight, and bliss,
my joy, my heaven on earth, be this,
to hear the Bridegroom's voice!

Source: Ancient and Modern: hymns and songs for refreshing worship #751

O Love divine, how sweet Thou art. C. Wesley. [Desiring to Love.] Appeared in Hymns and Sacred Poems, 1749, vol. i., in 7 stanzas of 6 lines as No. 5 of six hymns on "Desiring to Love" (Poetical Works, 1868-72, vol. iv. p. 341). Three leading centos are in common use:—
1. Composed of stanzas i., iii., iv. and vii. This was given in G. Whitefield's Hymns, &c, 1753, No. 86, as the second of two hymns on "Longing for Christ.” This cento was repeated by Madan, Toplady, and others in the older collections, and is that usually found in the Church of England hymn-books.
2. Composed of stanzas i.-iv. This was given in the Wesleyan Hymn Book, 1780, No. 141, and is in very extensive use in all English-speaking countries. In the revised edition of the Wesleyan Hymn Book, 1875, stanzas v., vi., of the original were added to the hymn.
3. Composed of stanza iv., vi., and iii., in the order named. This cento, beginning "0 that I could for ever sit," is in the American Songs for the Sanctuary, N. Y., 1865.
In addition to these other forms of the text beginning with stanza i. are in limited use. G. J. Stevenson's associations in his Methodist Hymn Book Notes, 1883, are most interesting.

All tunes published with 'O Love Divine, How Sweet Thou Art'^ top