I Will Sing the Wondrous Story

I will sing the wondrous story, Of the Christ who died for me

1 I will sing the wondrous story
Of the Christ who died for me.
How He left His home in glory
For the cross of Calvary.
I was lost, but Jesus found me,
Found the sheep that went astray,
Threw His loving arms around me,
Drew me back into His way.


2 I was bruised, but Jesus healed me;
Faint was I from many a fall;
Sight was gone, and fears possessed me,
But He freed me from them all.
Days of darkness still come o'er me,
Sorrow's paths I often tread,
But the Savior still is with me;
By His hand I'm safely led.


3 He will keep me till the river
Rolls its waters at my feet;
Then He'll bear me safely over,
Where the loved ones I shall meet.
Yes, I'll sing the wondrous story
Of the Christ who died for me,
Sing it with the saints in glory,
Gathered by the crystal sea. 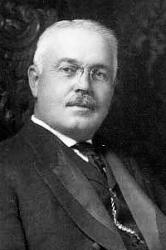 Rv Francis Harold Rowley DD USA 1854-1952. Born at Hilton, NH, the son of a doctor, he graduated from Rochester University in 1875 and Rochester Theological Seminary of NY in 1878. He married Ida Amelia Babcock in 1878, and they had four children: John, Alice, Charles, and Esmond. He became a Baptist minister, animal welfare campaigner, and hymn writer. He pastored for over 30 years at Titusville, PA, North Adams, MA (1884-1892), Oak Park, IL, Fall River, MA, and the First Baptist Church at Boston, MA, until 1910. He preached at Appleton Chapel, Harvard University. He was also a trustee of the University of Chicago Divinity School (1894-1896). While at North Adams, MA, Peter Bilhorn, a fine musician and his assistant minister, asked… Go to person page >
^ top

One of the most loved Welsh tunes, HYFRYDOL was composed by Rowland Hugh Prichard (b. Graienyn, near Bala, Merionetshire, Wales, 1811; d. Holywell, Flintshire, Wales, 1887) in 1830 when he was only nineteen. It was published with about forty of his other tunes in his children's hymnal Cyfaill y Cant…

All tunes published with 'I Will Sing the Wondrous Story'^ top

In Psalm 66, the psalmist says, “Come and hear, all you who fear God, and I will tell what he has done for my soul” (Psalm 66:16 ESV). In this hymn, we declare the goodness of God in calling us to Himself and in continuing to guide us until the end of our lives.

This hymn was written by Francis H. Rowley in 1886 during a series of revival services at First Baptist Church in North Adams, Massachusetts, where Rowley was pastoring at the time. He wrote it at the suggestion of Peter Bilhorn, who was the music leader for the revival meeting. The text originally began “Can't you sing …” but Ira D. Sankey changed it when he published it, with other alterations, in Gospel Hymns No. 5 in 1887.

This gospel hymn is heavy on narrative, rather than doctrine, though it alludes to several scripture passages. For example, the first stanza refers to Philippians 2:6-8, and the second to the Parable of the Lost Sheep in Luke 15:4-7. The third and fourth remind one of the numerous Psalms where the psalmist complains to God of his troubles and reminds himself of God's constant presence. The fifth stanza and the refrain refer to passages in Revelation.

Peter Bilhorn wrote WONDROUS STORY in 1886 for this text, and it is still the most popular tune paired with it in hymnals. It is a sprightly tune, written when Bilhorn was only twenty-one years old. George Stebbins harmonized it, as Bilhorn did not have enough musical training to do so successfully. Piano or organ accompaniment works well. Sing the stanzas in unison, but sing in harmony on the refrain, where the lower parts echo the text and add some interest to the long notes.

Another tune that has a long history with this text is the well-known Welsh tune HYFRYDOL, which was written in 1830 by Rowland H. Prichard, when he was twenty years old. This tune is one of the most popular of all hymn tunes, and occurs in most, if not all, modern hymnals, usually with multiple texts. Some hymnals use it for six different texts! Features of the tune that lend to its popularity include its dependence on stepwise motion and its narrow vocal range (with one exception in the last phrase, the whole tune is within a fifth). The rhythmic patterns are simple, and the tune works well in a variety of moods and tempos. HYFRYDOL was first associated with this text in the Gipsy Smith Special Supplement to Hallowed Hymns, New and Old, 1919, as the second tune (WONDROUS STORY is the first).

This hymn can be used throughout the year as a song of testimony to God's faithful guidance through life. The choral medley “I Will Sing!” combines several gospel hymns (including “I Will Sing the Wondrous Story”) on the theme of singing about what God has done for His children. For a prelude or offertory, try “Hyfrydol – for Bass Instrument and Piano” or the handbell arrangement “Prelude on HYFRYDOL.”

Great Songs of the Church (Revised) #165

Hymns of the Christian Life #504

Sacred Selections for the Church #22

The Book of Hymns (A fresh anthology of favourite hymns) #45

The Hymnal for Worship and Celebration #508

The Song Book of the Salvation Army #337