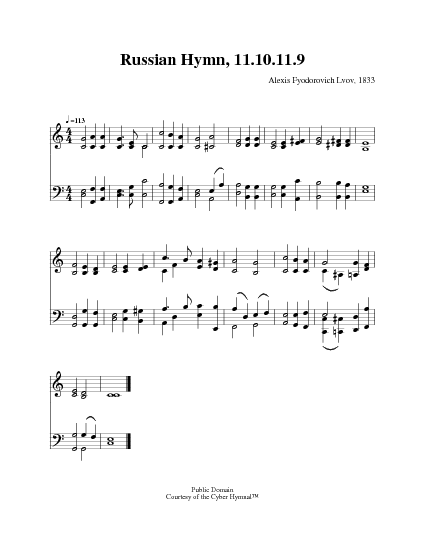 1 God the all-terrible! King, who ordainest
great winds thy clarions, lightnings thy sword,
show forth thy pity on high where thou reignest;
give to us peace in our time, O Lord.


2 God the omnipotent! Mighty avenger,
watching invisible, judging unheard,
save us in mercy, O save us from danger;
give to us peace in our time, O Lord.


3 God the all-merciful! Earth hath forsaken
thy ways of blessedness, slighted thy Word;
bid not thy wrath in its terrors awaken;
give to us peace in our time, O Lord.


4 God the all-righteous One! Man hath defied thee;
yet to eternity standeth thy Word;
falsehood and wrong shall not tarry beside thee;
give to us peace in our time, O Lord.


5 God the all-wise! By the fire of thy chast'ning,
earth shall to freedom and truth be restored;
through the thick darkness thy kingdom is hast'ning;
thou wilt give peace in thy time, O Lord. 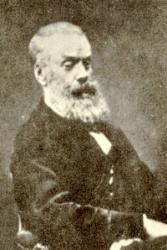 Chorley, Henry Fothergill, was born at Blackleyhurst, Lancashire, Dec. 15, 1808, and educated at the Royal Institution, Liverpool. In 1834 he was engaged as a member of the staff of the London Athenaeum. This connection he retained for 35 years. He died Feb. 15, 1872. He published some novels and a large number of songs. --John Julian, Dictionary of Hymnology, Appendix, Part II (1907)… Go to person page >
^ top

God the all-terrible! King, Who ordainest. H. F.Chorley. [In Time of War.] Written for a Russian air, and printed, in 4 stanzas of 4 lines, in Hullah's Part Music, 1842. It is given in several collections either in its original or in a slightly altered form, as in Thring's Collection, 1882, &c. In the Universal Hymn Book, 1885, No. 392, stanzas i.—iii. of this text, somewhat altered, are given as, "God, Lord of Sabaoth! King Who ordainest." In Stryker's Christian Chorals, New York, 1885, it begins, "O God, all terrible," and in the American Hymns of the Spirit, Boston, 1864, No. 262, stanzas ii.-iv. are given in an altered form as, "God, the Omnipotent I Mighty Avenger."
During the Franco-German war, on the 28th Aug., 1870, the Rev. J. Ellerton wrote an imitation of this hymn, beginning, "God the Almighty One, wisely ordaining." It was published in the Rev. B. Brown-Borthwick's Select Hymns for Church & Home, 1871, No. 84, in 4 stanzas of 4 lines. In 1871 a cento from these two hymns was given in the Society for Promoting Christian Knowledge Church Hymns, No. 262, of which stanzas i.-iii. are from Chorley's hymn, and stanzas iv.-vi. are stanzas ii.-iv. from that by Mr. Ellerton.

Alexey Feodorovitch Lvov (b. Reval [now Tallin], Estonia, 1799; d. Romanovo, near Kovno [now Kaunas], Lithuania, 1870) composed RUSSIA in 1833 one night "on the spur of the moment," according to his memoirs, after Czar Nicholas I asked him to compose a truly Russian national anthem (rather than cont…

All tunes published with 'God the All-terrible! King, who ordainest'^ top

Great Songs of the Church (Revised) #586

Hymns for a Pilgrim People #42

Hymns of the Christian Life #27

The Hymnal for Worship and Celebration #33