Switch back to the old search page.Advanced Search
Planning worship? Check out our sister site, ZeteoSearch.org, for 20+ additional resources related to your search.
Showing 51 - 60 of 69Results Per Page: 102050

1714 - 1770 Person Name: Whitefield Author of "Love Divine, all love excelling" in Hymns of the Protestant Episcopal Church of the United States, as authorized by the General Convention
George Whitefield

1845 - 1920 Composer of "PROMISED LAND" in Church Hymns and Tunes Homer Newton Bartlett, a pianist, organist and prolific composer, was considered during his lifetime to be in the front rank of American musicians. He was born on December 1845 in Olive, New York, the descendant of a long line of illustrious New Englanders. A musical prodigy from childhood, he studied piano and composition with a number of well-known teachers, including Emil Guyon and S.B. Mills, and took up his first position as a church organist at the age of fourteen. In August 1864, the summer after he turned eighteen, Bartlett enlisted as an infantryman in the 64th New York Regiment. He was mustered out the following year at the end of the war. Bartlett spent his adult life in New York City, where he was organist and musical director at two prestigious Protestant churches. For twelve years he served at the Marble Collegiate Church, the Dutch Reformed church founded by Peter Minuit, which is the oldest Protestant congregation in North America; he then moved to the Madison Avenue Baptist Church, where he remained for the next thirty-one years. At the same time, he was composing and publishing musical works in a variety of genres, from voice-and-piano pieces intended for middle-class drawing rooms to grand symphonic works such as Apollo, a “symphonic poem” based on the Iliad. He was a founding member of the American Guild of Organists, served as president of the National Association of Organists, and won a number of musical competitions, including a 1905 composition contest sponsored by the piano manufacturers Kranich & Bach. He died in April 1920. Nancy Naber, from the New York State Library/Manuscripts and Special Collections http://www.nysl.nysed.gov/msscfa/pr/sc23062.pdf
Homer N. Bartlett 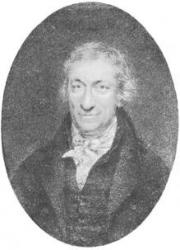 Composer of "HILLGROVE" in School and College Hymnal
Turner