Switch back to the old search page.Advanced Search
Planning worship? Check out our sister site, ZeteoSearch.org, for 20+ additional resources related to your search.
Showing 31 - 40 of 42Results Per Page: 102050 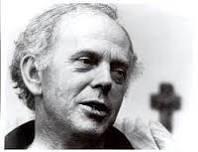 1931 - 2003 Composer of "CHRIST WHOSE GLORY" in The Presbyterian Hymnal Malcolm Benjamin Graham Christopher Williamson AO (honorary), CBE (21 November 1931 – 2 March 2003) was an Australian composer. He was the Master of the Queen's Music from 1975 until his death. Williamson was born in Sydney and studied composition and horn at the Sydney Conservatorium of Music. His teachers included Eugene Goossens. In 1950 he moved to London where he worked as an organist, a proofreader, and a nightclub pianist. From 1953 he studied with Elisabeth Lutyens. Williamson was a prolific composer at this time, receiving many commissions and often performed his own works, both on organ and piano. In 1975, the death of Sir Arthur Bliss left the title of Master of the Queen's Music vacant. The selection of Williamson to fill this post was a surprise, over other composers such as Benjamin Britten, Michael Tippett and Malcolm Arnold, such that William Walton had remarked that "the wrong Malcolm" had been chosen. In addition, Williamson was the first non-Briton to hold the post. He wrote a number of pieces connected to his royal post, including Mass of Christ the King (1978) and Lament in Memory of Lord Mountbatten of Burma (1980). However, controversy attended his tenure, notably his failure to complete the intended "Jubilee Symphony" for the Silver Jubilee of Queen Elizabeth II in 1977. He became less prolific in "Royal" works during the last twenty years or so of his life, although he never completely ceased to take interest in writing music for the Royal Family. His overall compositional output slowed considerably due to a series of illnesses. He died in 2003 in a hospital in Cambridge. Williamson married Dolores Daniel in 1960 and had one son and two daughters. Some of Williamson's early works use the twelve tone technique of Arnold Schoenberg, but his greatest influence is often said to be Olivier Messiaen. He discovered Messiaen's music shortly before converting to Roman Catholicism in 1952. He was also influenced by Benjamin Britten, as well as by jazz and popular music (this latter influence may have come in part from him working as a night club pianist in the 1950s). Williamson wrote seven symphonies; four numbered piano concertos (plus the Concerto for Two Pianos and Strings, the Concerto for Two Pianos and Wind Quintet, after Alan Rawsthorne, and the Sinfonia Concertante), concertos for violin, organ, harp and saxophone; and many other orchestral works. He wrote ballets, including Sun Into Darkness and The Display, many effective choral works, chamber music, music for solo piano, and music for film and television including the Prologue and Main Title of Watership Down. His operas include English Eccentrics, to a libretto by Edith Sitwell; Our Man in Havana, after Graham Greene's novel; The Violins of Saint Jacques, from Patrick Leigh Fermor's novel, featuring a volcanic eruption that kills all but one of the principal characters; and Lucky Peter's Journey and The Growing Castle, both of which set plays by August Strindberg. Williamson's music for children includes the operas The Happy Prince (based on the story by Oscar Wilde) and Julius Caesar Jones as well as cassations, which are short operas with audience participation. The cassation The Valley and the Hill was written for the Silver Jubilee of Elizabeth II in 1977 and performed by 18,000 children. The composer's largest choral work, his Mass of Christ the King, was commissioned by the Three Choirs Festival, also for the 1977 jubilee. It attracted attention partly because Williamson delivered it late. Scored for two sopranos, tenor, baritone, SATB chorus, SATB echo choir, and large orchestra, the work received several performances over a few years, including a live BBC broadcast in 1981, but has more recently been overlooked. Williamson became generally much less prolific in later life, although he had some very busy years. For example, in 1988 Williamson wrote a large-scale choral-orchestral work The True Endeavour, the orchestral Bicentennial Anthem, the Fanfare of Homage for military band, a ballet Have Steps Will Travel for John Alleyne and the National Ballet of Canada, Ceremony for Oodgeroo (Oodgeroo Noonuccal, formerly known as Kath Walker) for brass quintet, and also commenced work on a substantial new choral-symphony The Dawn is at Hand (to texts by Kath Walker), completed and performed in Australia the following year. Other works include the Requiem for a Tribe Brother (another Australian work, completed in 1992), a third string quartet (1993), a fourth piano concerto (1994) and a symphony for solo harp, Day That I Have Loved (1994). The orchestral song cycle on texts by Iris Murdoch, A Year of Birds, premiered at The Proms in 1995. The same year also saw the premiere of an orchestral work With Proud Thanksgiving, commissioned for the fiftieth anniversary of the United Nations, and dedicated to the memory of Williamson's long-time friend, the UK Prime Minister Harold Wilson. Williamson was appointed a Commander of the Order of the British Empire (CBE) in 1976, and an honorary Officer of the Order of Australia (AO) in 1987. Honorary awards in the Order of Australia are made only to people who are not citizens of Australia. It is not clear why Williamson did not qualify for a substantive award, as there appears to be nothing on the public record to suggest he ever relinquished his Australian citizenship. The citation for the award read "For service to music and the mentally handicapped". He was the first Master of the Queen's Music in over a century not to be knighted. --en.wikipedia.org/wiki/
Malcolm Williamson

1811 - 1889 Composer of "CONCORD" in The Gospel Psalmist B. F. Baker, born at Wenham, Mass., July 10, 1811; held many conventions; was six years Vice-President of the Handel and Haydn Society, Boston; a teacher in the public schools; principal of the Boston Music School; a composer of much music, and editor of a large number of church music, school instruction, glee, and other music books. A Dictionary of Musical Information by John W. Moore, Boston: Oliver, Ditson & Company, 1876
B. F. Baker

Composer of "GLAEDERIG OG UNDERFULD" in Sunday-School Book
A. Gether