Switch back to the old search page.Advanced Search
Planning worship? Check out our sister site, ZeteoSearch.org, for 20+ additional resources related to your search.
Showing 21 - 30 of 37Results Per Page: 102050

Person Name: St. Gregory the Great Author (Ascribed to) of "Father, we praise thee, now the night is over" in The English Hymnal See Gregory I, Pope, ca. 540-604
Gregory the Great 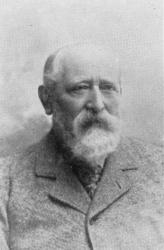 1842 - 1918 Translator of "Estro de l' vivo, ĉiopova Dio" in TTT-Himnaro Cigneta Clarence Bicknell (27 October 1842-17 July 1918) was a British amateur botanist, painter and archaeologist, with a doctorate in mathematics, and an Anglican priest (in Italy, from 1877 until he left the Church, date unknown). He was born in Herne Hill, England, on October 27, 1842, and died in Tenda (then in Italy, but since 1947 in France) on July 17, 1918. Arriving in Italy in 1877 to work as an Anglican vicar, he built a museum ("Museo Biblioteca Clarence Bicknell") in Bordighera to house his botanical and archaeological collections. He became noted for his identification of the plants and petroglyphs of the Ligurian Riviera. His writings included Flowering Plants of the Riviera and Neighboring Mountains (1885) and Guide to the Prehistoric Rock Engravings of the Italian Maritime Alps (1913). In addition to his own museum, his collections were archived at the University of Genoa. A Volapükist, he left that language for Esperanto in 1897. He attended the first international Esperanto convention, at Boulogne-sur-mer, France, in 1905. He produced a number of hymns that are still in use (seven translations and one original in Adoru Kantante (1971), and nine texts in Adoru (2001). He was active in work on behalf of the blind, and transcribed many Esperanto books into braille. In addition to his hymnic work, he wrote many original poems in, and translated secular poetry into, Esperanto, including Macaulay's "Horacio", 1906; Tennyson's "Gvinevero", 1907; pieces by Sturgis; Giacosa's "Ŝakludo", 1915. He also provided monetary support to many Esperanto activities, and founded and led until his death the local Esperanto club in Bordighera. Regrettably, the date, reason, and nature of his "leaving the church" is not explained in the sources consulted (mainly the English, Italian, and Esperanto Wikipedias and the author indexes of the Esperanto hymnals). See also http://www.clarencebicknell.com/index.php?option=com_content&view=article&id=16&Itemid=157&lang=en at clarencebicknell.com, the website of the Clarence Bicknell Association. Leland Bryant Ross
Clarence Bicknell