Switch back to the old search page.Advanced Search
Planning worship? Check out our sister site, ZeteoSearch.org, for 20+ additional resources related to your search.
Showing 21 - 27 of 27Results Per Page: 102050 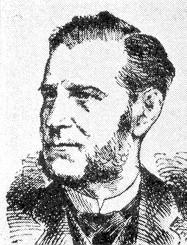 1854 - 1899 Composer of "PASTOR REGALIS" in Christian Song Robert Bonner was born in Brighton, England, in 1854. After study at the Leipzig Conservatory, he immigrated to the United States and settled in Providence, Rhode Island, where he taught privately and was organist of St. John's Church. He died in 1899. --AGO Founders Hymnal, p. 86
Robert Bonner

Composer of "WESTERDALE" in Church Hymns and Tunes
H. Hiles