Switch back to the old search page.Advanced Search
Planning worship? Check out our sister site, ZeteoSearch.org, for 20+ additional resources related to your search.
Showing 11 - 20 of 24Results Per Page: 102050 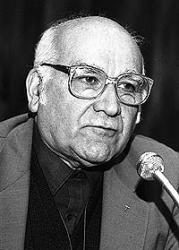 1525 - 1594 Person Name: Giovanni Pierluigi da Palestrina, 1525-1594 Composer of "VICTORY" in The Hymnary of the United Church of Canada Giovanni Pierluigi (da Palestrina) Italy 1525-1594. Born at Palestrina, Italy, near Rome, then part of the Papal States to Neopolitan parents. As a youth he became a chorister at the Santa Maria Maggiore basilica in the Rome Diocese. This allowed him to learn literature and music. In 1540 he moved to Rome, where he studied in the school ofr the Hugenot, Claude Goudimel. He also studied with Robin Mallapert and Firmin Lebel. Orlando Di Lasso was also a musical advisor to him. From 1544-1551 he was organist at the Cathedral of St Agapito, the principle church of his native city. In 1547 he married Lucrezia Gori, and they had four children: Rodolfo, Angelo, Iginio, and a daughter. In 1551 Pope Julius III (previously Bishop of Palestrina) appointed him ‘maestro di cappella’, or musical director of the Cappella Giulia (choir). Pierluigi dedicated his first published compositions to Pope Julius III (1554), known as ‘the book of Masses’. It was the first book of masses by a native composer, since most sacred works in those days were from low countries (France or Spain). In 1555 Pope Paul IV ordered that all papal choristers should be clerical. As Pierluigi married early in life and had four children, he was unable to continue in the chapel as a layman. During the next decade he held positions similar to his Julian Chapel appointment at other chapels and churches in Rome, including St John Lateran (1555-1560), and Santa Maria Maggiore (1561-1566). In 1571 he returned to the Julian Chapel and remained at St Peter’s for the rest of his life. The 1570s was a decade of difficulty for him, as he lost his brother, two sons, and his wife in three separate outbreaks of plague (1572-1575-1580). In 1578 he was given the title of ‘Master of Music’ at the Vatican Basilica. He thought of becoming a priest at this time, but instead married a wealthy widow, Virginia Formoli, in 1581, widow of a wealthy merchant, which gave him financial independence (he was not well-paid as choirmaster). He spent considerable time administering to her fortune, but also was able to compose prolifically until his death. He also helped to found an association of professional musicians called the Vertuosa Compagnia dei Musici. He died in Rome of pleurisy. He left hundreds of compositions, including 1045 masses, 68 offertories, 140 madrigals, 300+ motets, 72 hymns, 35 magnificats, 11 litanies and several sets of lamentations. There are two comprehensive editions of his works: a 33-volume edition published by Breitkopf and Hartel, in Leigzig, Germany, between 1862-1894, edited by Franz Xaver Habert, and a 34-volume edition published in the mid 20th century by Fratelli Scalera, in Rome, Italy, edited by R Casimiri and others. As a Renaissance musician and composer of sacred music he was the best known 16th century representative of the Roman School of musical composition. He had a long-lasting influence on the development of church and secular music in Europe, especially on the development of counterpoint, his work considered the culmination of Renaissance polyphony. Very famous in his day, he was considered by some the legendary ‘savior of church music’. A 2009 film was produced by German television about him, titled: ‘Palestrina – Prince of Music’. John Perry
Giovanni Pierluigi da Palestrina 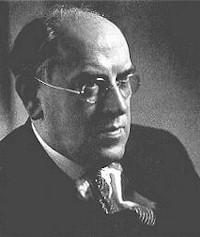 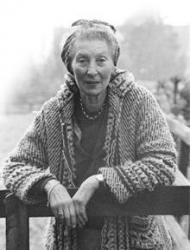 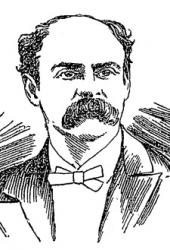 1828 - 1902 Person Name: George W. Warren Composer of "[Ye sons and daughters of the King]" in Carols Old and Carols New George W. Warren (b. Albany, NY, 1828; d. New York, 1902) received his general education at Racine College in Wisconsin, but as a musician he was largely self-trained. An organist in a number of Episcopal churches, he played the organ for thirty years (1870-1900) at St. Thomas Church in New York City. Warren composed anthems and liturgical service music; his hymn tunes were collected in Warren's Hymns and Tunes as Sung in St. Thomas Church (1888). Bert Polman
George William Warren

b. 1966 Harmonizer of "O FILII ET FILIAE" in Voices Together
James E. Clemens