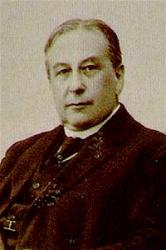 North, Frank Mason, D.D. (December 3, 1850--December 17, 1935). The Appendix Index reference, p.1607 in Julian, to Dr. North is to John Post Attwater who used "Frank North" as his nom de plume. In addition to the information included in the short biographical sketch at p.1677 it should be added that Dr. North continued his studies at Wesleyan University, advancing to the M.A. degree in 1875, later being honored by that institution's D.D., 1894, and L.L.D., 1918. He was a member of the New York East Conference of the Methodist Episcopal Church and served several pastorates in New York State and City as well as one at Middletown, Connecticut, 1887-1892. During the years 1892-1912, while Corresponding Secretary of the New York City Extension and Missionary Society and the editor of The Christian City, he was also Corresponding Secretary of the National City Evangelical Union of the Methodist Episcopal Church. From 1912 to 1924 he was the Secretary of the Board of Foreign Missions of his church and through these years he served as Chairman of its Executive Committee. He was also Secretary, Chairman of the Executive Committee, and President of the Federal Council of the Churches of Christ in America. It was largely through his efforts and influence that the Federal Council was organized.

Trustee and member of governing boards of numerous institutions in the United States, China, and Japan, among the additional honors which came to him were Chevalier Legion of Honor and "Officer de l'Instruction Publique," France; Officer of the Royal Order of George I, Greece. He was one of the great Protestant leaders of his generation. The leading article in The Hymn, 30 April 1950, was an excellent appreciation of Dr. North and his work.