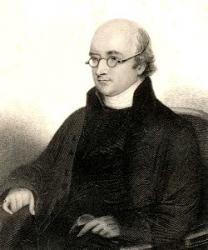 Mant, Richard D.D., son of the Rev. Richard Mant, Master of the Grammar School, Southampton, was born at Southampton, Feb. 12, 1776. He was educated at Winchester and Trinity, Oxford (B.A. 1797, M.A., 1799). At Oxford he won the Chancellor's prize for an English essay: was a Fellow of Oriel, and for some time College Tutor. On taking Holy Orders he was successively curate to his father, then of one or two other places, Vicar of Coggeshall, Essex, 1810; Domestic Chaplain to the Archbishop of Canterbury, 1813, Rector of St. Botolph, Bishopsgate, London. 1816, and East Horsley, 1818, Bishop of Killaloe, 1820, of Down and Connor, 1823, and of Dromore, 1842. He was also Bampton Lecturer in 1811. He died Nov. 2, 1848. His prose works were numerous, and although now somewhat obsolete, they were useful and popular in their day. His poetical works, and other works which contain poetical pieces, are:—

Bishop Mant is known chiefly through his translations from the Latin. He was one of the earliest of the later translators, I. Williams and J. Chandler being his contemporaries. Concerning his translations, Mr. Ellerton, in his Notes on Church Hymns, 1881, p. xlviii. (folio ed.), says justly that:—

"Mant had little knowledge of hymns, and merely took those of the existing Roman Breviary as he found them: consequently he had to omit many, and so to alter others that they have in fact become different hymns: nor was he always happy in his manipulation of them. But his book has much good taste and devout feeling, and has fallen into undeserved neglect."

His metrical version of the Psalms has yielded very few pieces to the hymnals, the larger portion of his original compositions being from his work of 1837. The most popular of these is "Come Holy Ghost, my soul inspire, Spirit of," &c, and its altered forms; "Bright the vision that delighted," and its altered form of "Round the Lord in glory seated;" and "For all Thy saints, O Lord." His hymns in common use which are not annotated under their respective first lines are:—

Richard Mant (12 February 1776 – 2 November 1848) was an English churchman who became a bishop in Ireland. He was a prolific writer, his major work being a History of the Church of Ireland.
Wikipedia Biography
TextsTunesHymnals