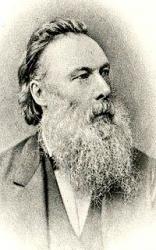 Macduff, John Ross, D.D., second son of Alexander Macduff, of Bonhard, near Perth, was born at Bonhard, May 23, 1818. After studying at the University of Edinburgh, he became in 1842 parish minister of Kettins, Forfarshire, in 1849 of St. Madoes, Perthshire, and in 1855 of Sandyford, Glasgow. He received the degree of D.D. from the University of Glasgow in 1862, and about the same time also from the University of New York. He retired from pastoral work in 1871, lived at Chislehurst, Kent and died in 1887. He has published many practical and devotional works which have attained a wide circulation. In 1857 he was appointed by the General Assembly a member of their Hymnal Committee. His 31 hymns appeared in his Altar Stones, 1853, and were also included with his later poems in his The Gates of Praise, 1876. Of these hymns the following are in common use:—
1. Christ Is coming! Let creation. Second Advent.
2. Eternal Rock! To Thee I flee. (1853.) Christ the Rock.
3. Everlasting arms of love. (1853.) Support in Christ.
4. From Thy habitation holy. Whitsuntide.
5. Hasten, Lord, that morn of glory. Second Advent.
6. Jesus wept! Those tears are over. (1853.) The raising of Lazarus.
7. O do not, blessed Lord, depart. Christ's presence desired.
8. Where shall I look for holy calm. (1853.) Passiontide.
9. Why should I murmur or repine? Resignation.

Of these hymns those dated 1853 are parts only of Dr. Macduff’s originals.
[Rev. James Mearns, M.A.]

John Ross Macduff (23 May 1818 – 30 April 1895) was a Scottish divine and a prolific author of religious essays. He published many practical and devotional works which attained a wide circulation. Born on his father's estate of Bonhard, Scone, Perthshire, Macduff was the second of the six sons of Captain Alexander Macduff of Bonhard and Springfield and Margaret Catherine Ross, youngest daughter of John Ross of Balgersho. Macduff was educated at the High School of Edinburgh and the University of Edinburgh, and was ordained as minister of Kettins, a parish in Forfarshire close to his maternal grandfather's estate, in 1843. He was transmitted to St Madoes, a parish in Perthshire centred around the Pitfour estate owned by his
Wikipedia Biography
TextsTunesHymnals