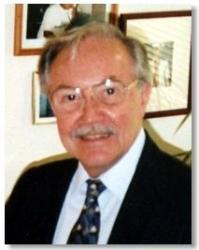 In his letter of invitation to Brother Howard Hughes, the President of NPM, J. Michael McMahon, declared, “Board Members agreed unanimously that you have created compositions for the liturgy that are beautiful, delightful, and spirited, and that have fostered strong participation by the worshiping assembly as they pray the texts you have set to music.”

A Marianist religious for 64 years, this distinguished liturgical musician and composer began as a high teacher of French and director of high school choral groups. In addition Brother Howard also sang in symphonic choruses in New York and in Baltimore. He commented that “conducting high school choral concerts and singing with adult symphonic choruses have been a great help in learning to write music.”

The National Association of Pastoral Musicians will honor Brother Howard Hughes, S.M., as Pastoral Musician of the Year when it gathers for its national convention in Washington, DC, July 29 – August 2, 2012.

Currently the awardee serves as organist and music director for the Marianist Center in Cupertino, CA.