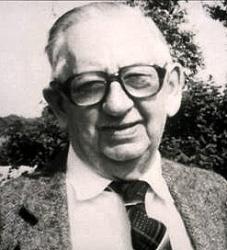 Stuart K. Hine was born in 1899 in Great Britain. In much of Stuart’s earlier years he and his wife were missionaries in the Western Ukraine of Russia, where they evangelized as Christian workers and singers. In 1931, Stuart K. Hine and his wife returned to Britain and conducted gospel campaigns throughout Great Britain. During those years, Stuart published many song books and wrote many of his beloved gospel songs. Stuart retired from the active ministry but continued to publish his song books and his music and contributed the majority of his income to various missionary endeavors around the world…Stuart K. Hine’s most popular composition is “How Great Thou Art,” which is recognized in many polls as the number one Hymn in America. Among his other compositions are “Can There Be One,” “O Savior Mine?”, “Faith Is The Bridge,” and “What Can Cleanse My heart?” Mr. Hine died in 1989.