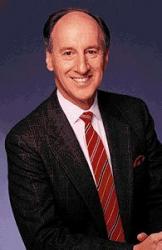 Jack Williams Hayford (born June 25, 1934) is an American author, Pentecostal minister, and Chancellor Emeritus of The King's University (formerly The King's College and Seminary). He is a former senior pastor of The Church On The Way in Van Nuys, California, one of a handful of flagship churches in the Foursquare denomination, and was the fourth President of the International Church of the Foursquare Gospel. He is widely known for his past involvement in the Promise Keepers movement and for being a prolific author and songwriter, with over 600 hymns and choruses in his catalog. He is the author of the popular 1978 hymn "Majesty", which is rated as one of the top 100 contemporary hymns and performed and sung in churches worldwide.
Wikipedia Biography
TextsTunesHymnals