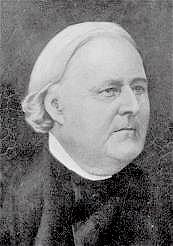 Hawker, Robert Stephen, M.A., grandson of Dr. Robert Hawker, was born at Plymouth, Dec. 3, 1804, and educated at Pembroke College, Oxford (B.A. 1828, M.A. 1836). On taking Holy Orders in 1829, he became Curate of Wellcombe, Devon, and in 1834 Vicar of Morwenstow, Cornwall. He died at Morwenstow, Aug. 15, 1873, having been received into the Roman Catholic communion the previous evening. He published several poetical works, including Ecclesia, 1840, in which some of his hymns appeared. Hymns by him were also published in Lyra Messianica, 1864. His “Child Jesus, a Cornish Carol," beginning, "Welcome, that star in Judah's sky," appeared in both these works. Very few of his hymns are in common use.