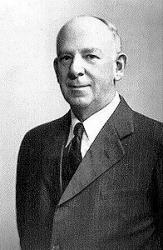 Harlow attended Harvard University, Union Theological Seminary, Columbia University, & Hartford Theological Seminary. Ordained a Congregational minister in 1912, he was a chaplain and sociology teacher at the International College in Smyrna, Turkey (1912-22). When World War I broke out, he served as YMCA director for the American forces in France. In 1923, he joined Smith College, Northampton, Massachusetts, serving over 30 years as a professor of religion and social ethics. He traveled overseas as a lecturer for the Carnegie Endowment for International Peace, and was a visiting professor at Pierce College in Athens, Greece (1945-46).