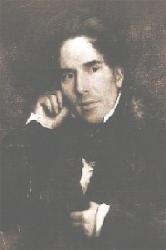 William Gardiner (b. Leicester, England, 1770; d. Leicester, 1853) The son of an English hosiery manufacturer, Gardiner took up his father's trade in addition to writing about music, composing, and editing. Having met Joseph Haydn and Ludwig van Beethoven on his business travels, Gardiner then proceeded to help popularize their compositions, especially Beethoven's, in England. He recorded his memories of various musicians in Music and Friends (3 volumes, 1838-1853). In the first two volumes of Sacred Melodies (1812, 1815), Gardiner turned melodies from composers such as Haydn, Mozart, and Beethoven into hymn tunes in an attempt to rejuvenate the singing of psalms. His work became an important model for American editors like Lowell Mason (see Mason's Boston Handel and Haydn Collection, 1822), and later hymnbook editors often turned to Gardiner as a source of tunes derived from classical music.