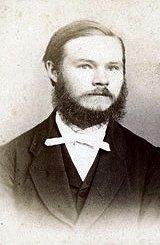 Son of Theodor Fliedner, founder of the Kaiserswerth Deaconess Institute, Federico was educated at the Gymnasium in Gütersloh, studied theology at Halle (1864-46) and earned his PhD at Tübingen (1867). He served as a nurse in the Austro-Prussian war of 1866, and taught school for a year in rural Hilden. After ordination in 1870, he left Germany to be a missionary to Spain, settling in Madrid and becoming a chaplain at the German embassy. He learned Spanish, attended a Spanish high school, and studied medicine at the Universidad Central.

Fliedner was instrumental in creating what is now known as the Iglesia Evangélica Española. In 1873, Fliedner founded the Librería Nacional y Extranjera, an extensive collection of text books and periodicals. Among these was The Children’s Friend, published from 1874 to 1939.

Fliedner wrote biographies of John Howard, Elizabeth Fry, missionary-explorer David Livingstone, Martin Luther (1878), and his own parents, Theodore Fliedner of Kaiserswerth (1883) and Caroline Fliedner of Kaiserswerth (1883). He also wrote an autobiography, published first in German in two volumes (Aus meinem Leben, 1901-03), then translated into Spanish and published posthumously in the Christian Magazine (Nos. 513 to 553). He started a Spanish translation of the New Testament with notes from Frenchman Edouard Faivre.