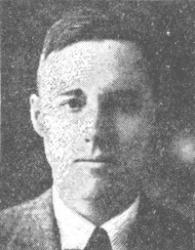 Edward Shippen Barnes was an American organist and composer. He was born 9 September 1887 in Seabright, NJ and died 2 February 1958 in Idyllwild, CA. He studied at Yale University with Horatio Parker and Harry Jepson, then continued his studies in Paris. He worked as an organizt at Church of the Incarnation in New York, Rutgers Presbyterian Chruch in New York, St. Stephen's Episcopal Church in Philadelphia and the First Presbyterian Church in Santa Monica. He is known for his organ syvmphonies.