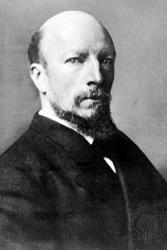 Adler, Felix, Ph.D. Born in Germany in 1851; taken to New York in 1857; graduated at Columbia College 1870; and Professor of Hebrew and Oriental Literature at Cornell University, 1874-76. He published in 1877 Creed and Deed. His hymn, "Sing we of the golden city" (City of our Hopes) is in The Pilgrim Hymnal, 1904. Sometimes given as "Have you heard of the golden city?"