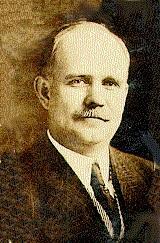 Bentley DeForrest Ackley was born 27 September 1872 in Spring Hill, Pennsylvania. He was the oldest son of Stanley Frank Ackley and the brother of A. H. Ackley. In his early years, he traveled with his father and his father's band. He learned to play several musical instruments. By the age of 16, after the family had moved to New York, he began to play the organ for churches. He married Bessie Hill Morley on 20 December 1893. In 1907 he joined the Billy Sunday and Homer Rodeheaver evangelist team as secretary/pianist. He worked for and traveled with the Billy Sunday organization for 8 years. He also worked as an editor for the Homer Rodeheaver publishing company. He composed more than 3000 tunes. He died 3 September 1958 in Winona Hills, Indiana at the age of 85 and is buried in Oakwood Cemetery, Warsaw, Indiana, near his friend Homer Rodeheaver.

Bentley DeForest Ackley (September 27, 1872 in Spring Hill, Pennsylvania – September 3, 1958 in Winona Lake, Indiana) was an American musician and gospel composer. His brother Alfred Henry "A. H." Ackley (January 21, 1887 – July 3, 1960) composed with him, and is credited with the popular hymn He Lives. As a young man, B. D. had already learned several instruments, including the melodeon, piano, cornet, clarinet and piccolo. After moving to New York City in 1888, he began playing the organ in churches.
Wikipedia Biography
TextsTunesHymnals