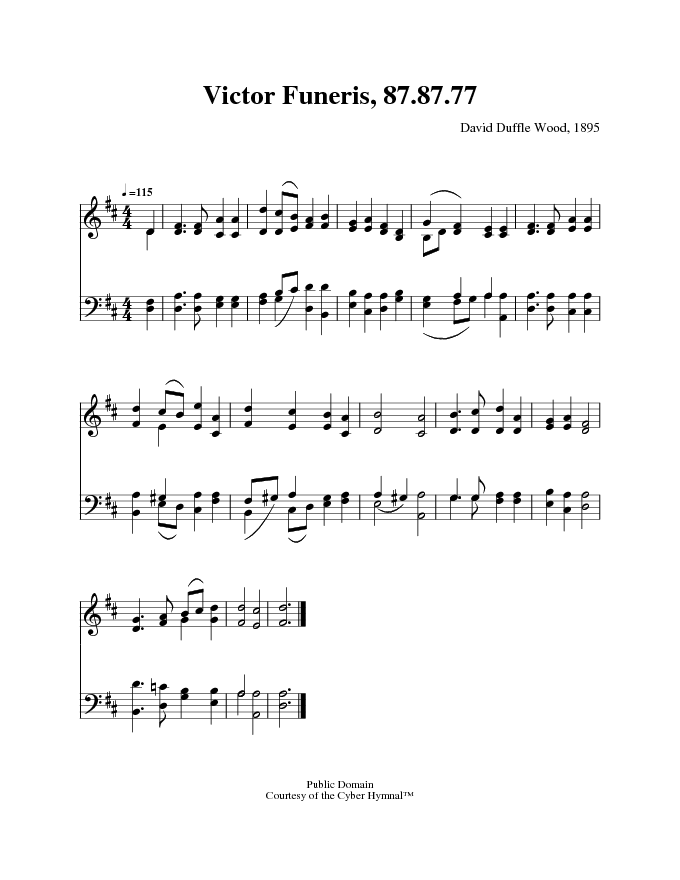 
2. Death seemed all conquering when he bound
The Lord of life in prison;
The sight of death was nowhere found
When Christ again was risen;
Wherefore praise Him night and day,
Him who took death’s sting away.


3. His saints with Him must bow to death,
With Him are raised in spirit,
With Him they dwell above by faith,
Accepted through His merit:
Heaven and earth resound the strain,
Death by Jesus Christ is slain.


4. Christ said to Martha by her brother’s grave,
I am the resurrection and the life—
And with what troubled thoughts her mind was rife!
The life, He said, and yet He freely gave
His life, and saving others could not save
Himself. The resurrection? Chuza’s wife
Had seen Him in the tomb—at end was strife,
And o’er her anguish swept, a mighty wave.
And yet her firm assurance kept her faith,
And her reply, the fervent I believe,—
Had not His voice raised Lazarus from death,
Had not the grave released its four days’ prey?
A foretaste of the resurrection day
She had to bid her wait, and not to grieve.